"Zayn Malik's Got The Best Tattoos in One Direction" - Tattoo Artist

You may recognise the name Kevin Paul from Instagram, Twitter, or even this very website - as everyone's been talking about his celebrity tattoo clients including Harry Styles, Aston Merrygold, Ed Sheeran and Rizzle Kicks. 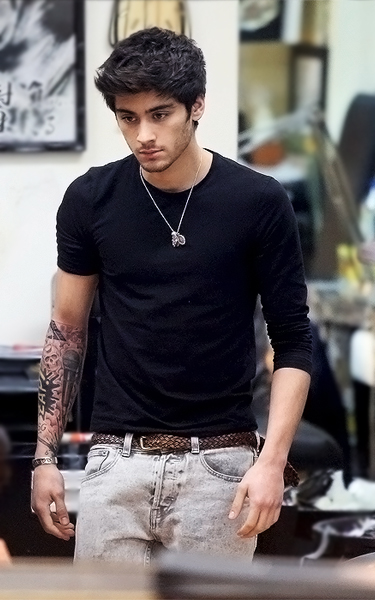 "Some of the papers have been saying I'm One Direction's personal tattooist," he told us."I’m not. I’ve tattooed Harry twice, by chance."Kevin gave Harry his '17 Black' tattoo across his collar bone, and a little 'Pingu' underneath his arm, which he got when Ed Sheeran had his little Pingu drawing. Aww."I think it was just his lucky number. That’s what he said to me," said Kevin of El Stylo's 17 Black tattoo."It’s a gambling reference I think, but I don’t know if it is for him. What he said to me was it's his lucky number. We didn’t need to try out a couple of styles, he basically drew what he wanted and then I drew it better. He was fine with the pain, he took it quite well. Most of them do – Frankie Cocozza wasn’t too impressed with it but most of them are ok."But inking our favourite boys in pop isn't all loveliness and dreamy times for Kevin you know. OH NO."I think celebrities like me because I don't sell them out," says Kevin, "but when I first did Harry I got offered ten grand for a photo of his tattoo and I said no. I just deleted them because they ended up being more hassle than they were worth."But he's definitely seen pictures of Harry's other tattoos that weren't done by him, and might not be the biggest fan of them (our detective skills tell us)... 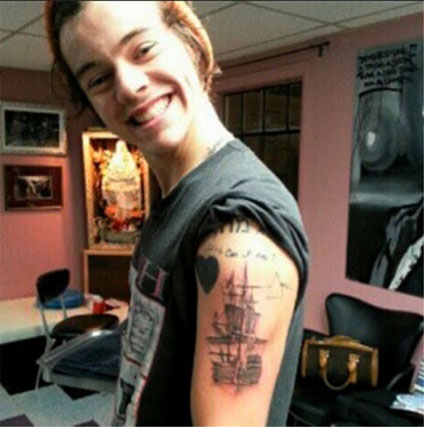 "Harry’s ship – from what I’ve seen it didn’t look like it was done very well, but I’ve not seen a close up photo of it. Apparently it was done in a professional shop."I know he goes to Shamrock Tattoo in LA - they’re a good professional studio, so I assume the ones he’s had done there are gonna be professional and well done. I generally don’t like what else he’s had, because it’s little bits around the arms."I think when he gets older he’ll want to get them covered up."From what I’ve seen, I think Zayn’s got that best tattoos. All of Zayn’s tattoos seem to be professionally done – they might be odd images that he’s had, but they seem to be professionally done."